Excellent!
Congratulations!
Difficulty
EasyMediumHardExpertEvil
Time
00:00
Only % of players were able to solve this puzzle!
Select a cell, then tap a number to fill in the cell

Difficult Sudoku is for advanced players!

Hard Sudoku is characterized by the fact that cells contain much fewer numbers than simple or medium ones. To solve hard level Sudoku puzzles, you should already know some tactics and tricks.

Print difficult Sudoku and use different colors and symbols to solve it. This way, you can track whether certain numbers have already been used with color. Symbols can mark solutions based on others.

You can also use the online notes feature on Sudoku.com. This way, you can first check whether you are moving in the right direction when solving hard Sudoku puzzles.

In addition, there is a “double” tactic. This tactic is characterized by the fact that in a row, column, or in a small square, you can still place only two possible numbers. But you do not know which one to put. The idea is that you make a mark about it and exclude it from further decision. This reduces the number of options to solve, and it becomes easier to solve the puzzle. The same can be done for three digits. This tactic is called a “triplet” or “triple”.

The advantages of free web difficult Sudoku puzzles are obvious. Sudoku puzzles are always available on your smartphone. In addition, the Sudoku.com website has useful features, such as tips, notes, eraser, delete function. Solving puzzles becomes much easier with such tools. Some time and effort - and you will become a professional in the Sudoku game soon!

How to Improve Your Sudoku Skills in 5 Minutes or Less

Are you looking for a fast way to get better at solving Sudoku puzzles? Many people would like to get better at playing Sudoku but they feel like they don’t have time. They might assume that they have to buy Sudoku books or play Sudoku everyday for hours. But the truth is, you can improve your Sudoku skills just by doing a few simple things in 5 minutes or less. If you use some of these tips, you can improve your Sudoku skills in 5 minutes or less everyday:

END_OF_DOCUMENT_TOKEN_TO_BE_REPLACED 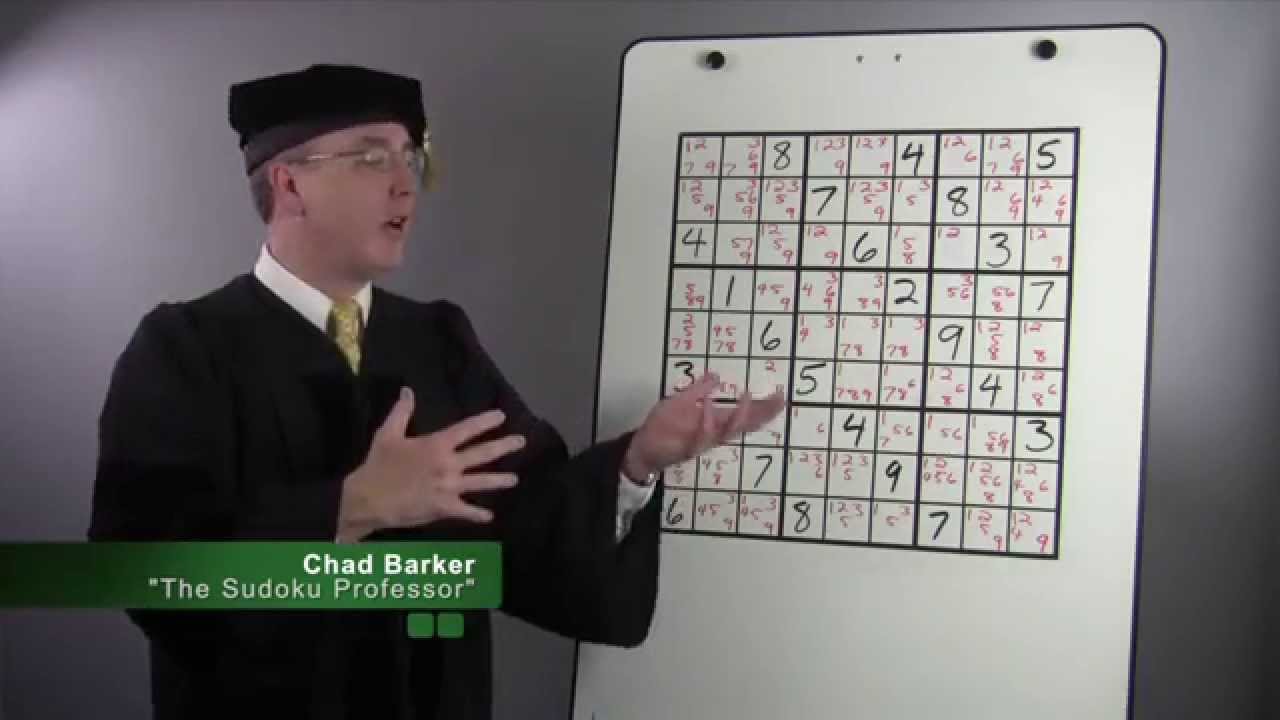 Are You Solving Sudoku Puzzles this Way? There’s a Better Approach – Part 3

In the final video in this series, the Sudoku Professor explains 2 more reasons why the “brute force” method is so difficult to use. He then goes on to explain a better way to solve your Sudoku puzzles. Specifically, he introduces us to the “column elimination” technique.

END_OF_DOCUMENT_TOKEN_TO_BE_REPLACED

Strictly necessary cookies are set to recognise you when you return to our Website, set up your consent settings, and embed functionality from third party services. Also, these cookies enable us to personalise our content for you and remember your last game progress. These cookies are necessary for the functionality of the Website. You may set your browser to block these cookies, but the Website will not function properly without them.